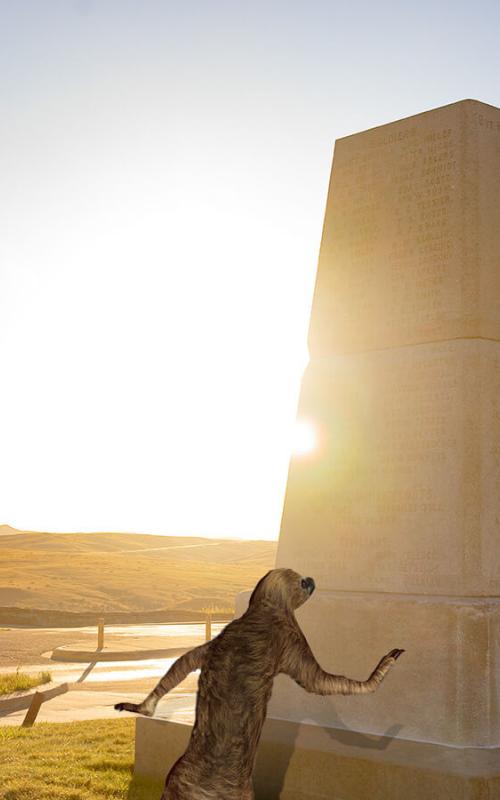 I’ve been here in Billings for a long time now. In fact, I’m the one that a lot of the new animals at ZooMontana turn to when they want to know how things used to be in these parts. “Pappy Winston,” some call me.

But despite all the sage wisdom I’ve acquired over the last 18 months or so, I’m always eager to learn more about the region I call home, and I encourage my fellow animals to do the same.

I began compiling this list of must-see historical sites for my friends and realized that this might also be useful to humans who visit Southeast Montana and want to learn more about the region’s past.

So here’s my recommendation for sites that introduce to you the rich history of this corner of Montana.

Pompeys Pillar – Just along the Yellowstone River, Pompeys Pillar National Monument rises 120 feet into the sky, and you can climb all the way to the top by way of 202 steps. I’ve done it once and it’s worth it. The sandstone outcropping is cool by itself, but it actually holds quite a bit of historic significance. Two humans named Lewis and Clark passed through this area on their famous expedition. And the Clark fella even carved his name into the sandstone. But Clark wasn’t the first or the last to write his name in the rock. Markings on the sandstone indicate thousands of years of human occupancy in the area. Beware though, because adding to those markings today is a serious crime, as this is a protected site.

Carter County Museum – I really like the Carter County Museum, because I always suspected that dinosaurs lived in Montana, and this place is the proof. The museum is known in part because of its proximity to what is known as the Hell Creek Formation, where archaeologists discovered some notable dinosaur specimens which are on display at museums across the country. Another archaeological site, the Mill Iron Site, is also located in the area and dates back 10,500 years. Goshen points and a mammoth bone piece have been discovered here. Oh, I forgot to mention … archeology is the digging up of the past, in case you didn’t know. So, it really confuses me when Fierca tells me to stop digging up the past. So much more to learn. Today, the museum showcases many Paleo-Indian artifacts, including pottery and points, and other cultural objects.

Range Rider Museum – I’ve met a few ranchers in my time, and here is where I learn about the lore of ranching! The Range Rider Museum is packed with exhibits that cover everything from the age of the dinosaurs to the current century, which I believe is the 21st. There are many artifacts from Native Americans on display, as well as those from pioneers of the Great Plains. Also, a lot of the exhibits are actual buildings or entire rooms of furnishings, like log cabins, the Country School, and a place called Bert Clark’s Guns. I can confirm that the owner of the gun shop is not my friend Bert from here at ZooMontana.

Powder River Museum – The most impressive collection of arrowheads calls Powder River Museum home. Mac McCurdy collected more than 1,700 arrowheads from nearly every state. I read that arrowheads, or projectile points, are very significant because the type, style and tool marks they feature help archaeologists date where and when they came from, and shed light on early American trade. Much cooler than when I try to trade my lettuce for sweet potatoes! Echoing Footsteps is another must-see here featuring first-hand accounts of the homesteaders and pioneer families who settled Powder River County.

Rosebud Battlefield State Park - The Battle of the Rosebud was exceptionally significant because the Native Americans fought as an army with great intensity to defend their traditional land. The battle took place in of 1876 when Brigadier General George Crook, along with his Crow and Shoshone scouts, had come north from Wyoming with approximately 1,000 troops looking for the Sioux and Northern Cheyenne villages. Crook was unprepared for the highly organized attack of warriors lead by Sioux Chief Crazy Horse and Cheyenne Chiefs Two Moon, Young Two Moon and Spotted Wolf. Crooks was forced to withdraw from the battle to resupply. Eight days later, because Crook and his troops were no longer nearby, they were not available to support Lt. Colonel Custer and his troops at Little Bighorn. This National Historic Landmark now preserves the site of this important battle, which was the precursor to the Battle of Little Bighorn.

Little Bighorn Battlefield National Monument – Speaking of the Battle of Little Bighorn, about an hour outside of where Billings stands today, the Battle of Little Bighorn was fought on June 25-26, 1876. Warriors of the Lakota Sioux, Northern Cheyenne, and Arapaho tribes battled Lt. Colonel Custer and his men of the 7th Regiment of the U.S. Cavalry. This National Monument is the third most-visited site in Montana and recognizes a pivotal moment in American history. 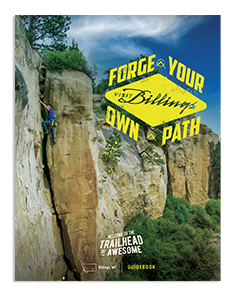